Who can say that Honey Boo Boo inspired them to pursue journalism?

Vinokur, a self-described innovator in Washington, D.C., says he was watching CNN when a scroll across the bottom of the screen announced in breaking-news fashion the half-pint reality TV star’s favorite energy drink.

“It really caught me by surprise and made me think, ‘Is this really news?’” he said. “So, I spoke to a few people and realized there’s some innovation going on in the news industry, and that maybe this is the optimum time to take advantage of that.”

He also realized there are others like himself who think better of journalism’s ability to inform, and so he launched Open Reporter, a social site with a business component.

Open Reporter, just three months old and still in beta, provides a space for journalists to “connect with others and find opportunities,” Vinokur said. Half the site serves as a social watering hole for sharing journalistic ideas and connections.

The other half is intended to host entrepreneurialism and job prospects. As of early March, Open Reporter had just over 100 members. 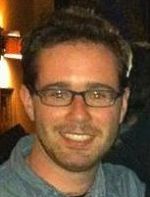 “The big thing is that it’s a closed-off environment where journalists can just talk,” Vinokur said. “It’s not designed for the general community. And part of our platform is to create apps to help journalists find stories and vet resources.”

Exactly how Open Reporter will do this, Vinokur isn’t precise. How the site will sustain itself is something of a mystery, too. He suggested that although registration for Open Reporter is free, there may be a price assessed for job hunters and job posters.

There also may be an embedded streaming content aggregator that scoops up and redistributes news media reports to members, but that, along with almost everything else about Open Reporter apart from the discussion boards, is in the discussion stage.

Vinokur realizes it sounds odd that an entrepreneur should offer a networking service for people who are paid to do their own networking, but he’s keeping an open mind.

To underscore his sincerity, Vinokur installed a sepia-toned perspective of the Watergate apartment complex in Washington for Open Reporter’s home background image.

“Watergate was a monumental component for journalism,” he acknowledged. “Our long-term business strategy is to help journalists become successful. And like Watergate did, we want to help inspire the next generation of journalists and help them report the news.”